A contemporary and culturally resonant drama about a young programmer, Elliot, who suffers from a debilitating anti-social disorder and decides that he can only connect to people by hacking them. He wields his skills as a weapon to protect the people that he cares about. Elliot will find himself in the intersection between a cybersecurity firm he works for and the underworld organizations that are recruiting him to bring down corporate America.
Trailer 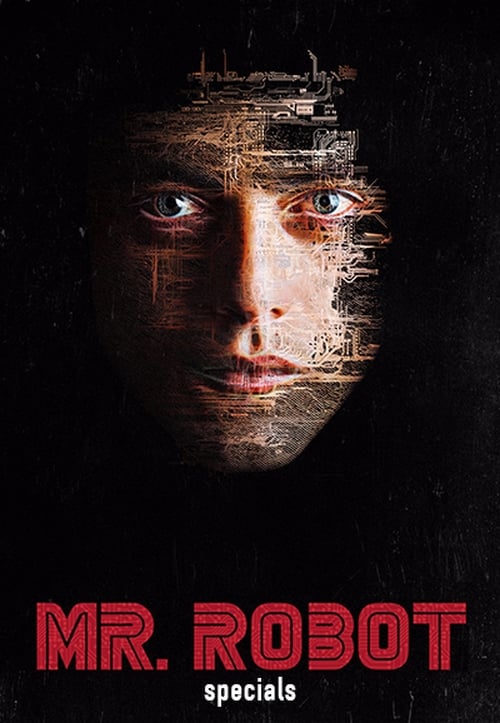 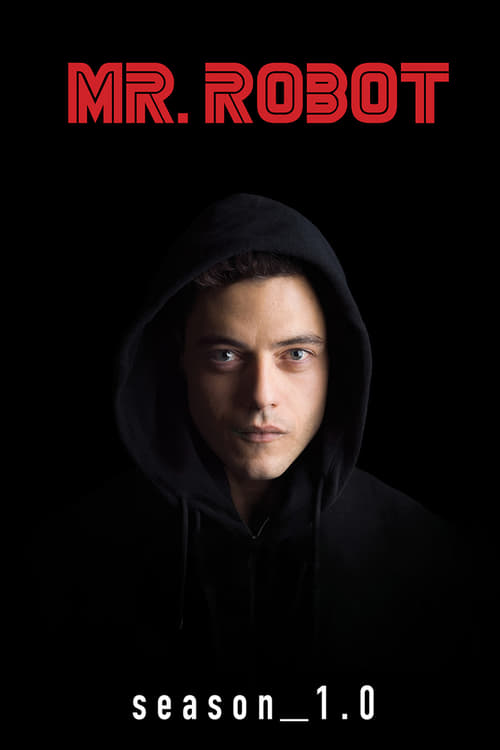 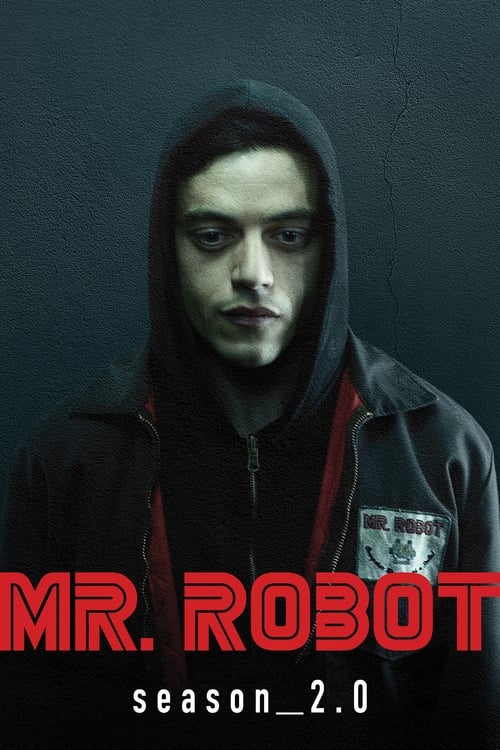 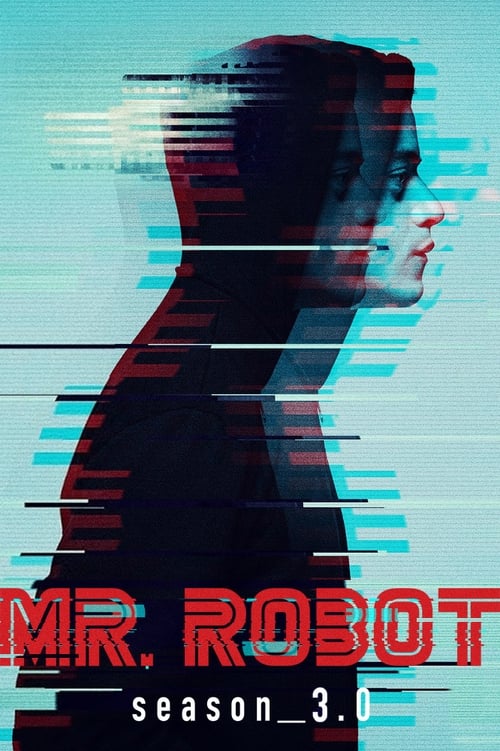 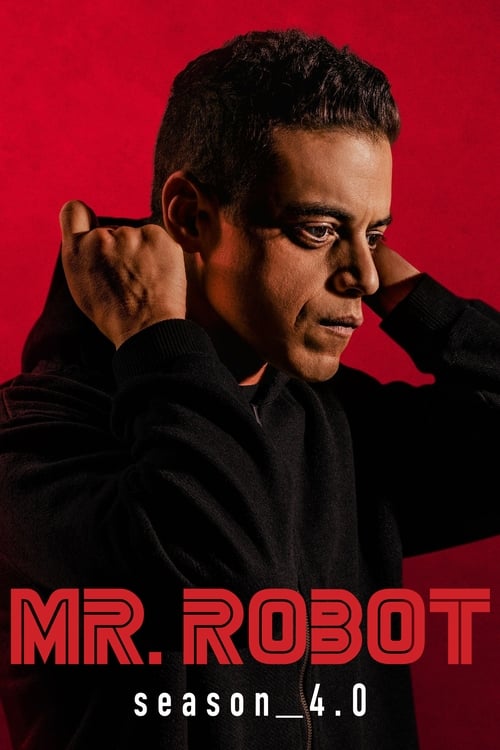 Based on a true story, Scorpion is a high-octane drama about eccentric genius Walter O’Brien and his team of brilliant misfits who comprise the last line of defense against complex, high-tech threats of the modern age. As Homeland Security’s new think tank, O’Brien’s “Scorpion” team includes Toby Curtis, an expert behaviorist who can read anyone; Happy Quinn, a mechanical prodigy; and Sylvester Dodd, a statistics guru.

A five-person team comprised of a thief, a grifter, a hacker, and a retrieval specialist, led by former insurance investigator Nathan Ford, use their skills to fight corporate and governmental injustices inflicted on ordinary citizens.

Person of Interest follows former CIA paramilitary operative, John Reese, who is presumed dead and teams up with reclusive billionaire Finch to prevent violent crimes in New York City by initiating their own type of justice. With the special training that Reese has had in Covert Operations and Finch's genius software inventing mind, the two are a perfect match for the job that they have to complete. With the help of surveillance equipment, they work "outside the law" and get the right criminal behind bars.

When the Police Service of Northern Ireland are unable to close a case after 28 days, Detective Superintendent Stella Gibson of the Metropolitan Police Service is called in to review the case. Under her new leadership, the local detectives must track down and stop a serial killer who is terrorising the city of Belfast.

Den City is a city with advanced network systems in which a VR space called LINK VRAINS was created by SOL Technologies. The Knights of Hanoi, a group that hacks through dueling, as well as SOL Technologies are seeking a mysterious AI program. Yusaku Fujiki, also known as Playmaker, is a first year high school student who manages to capture this AI program while trying to find out the truth about an incident in the past.

Tell Me a Story

The world's most beloved fairy tales reimagined as a dark and twisted psychological thriller.

A Philadelphia couple are in mourning after an unspeakable tragedy creates a rift in their marriage and opens the door for a mysterious force to enter their home.

A dramatic thriller that explores the demons lurking beneath the surface of a contemporary American family. The Rayburns are hard-working pillars of their Florida Keys community. But when the black sheep son comes home for the 45th anniversary of his parents' hotel, he threatens to expose the Rayburns' dark secrets and shameful past, pushing his siblings to the limits of family loyalty.

In 1994, a toddler disappeared from a small Welsh village, never to be seen again. 23 years later, in London, the mother of rising cello star Matilda Gray commits suicide, without apparent reason. Among her possessions, Matilda discovers tantalising evidence, linking her mother to the Welsh girl's disappearance all those years ago.

After moving into the quiet town of Hinamizawa, Maebara Keiichi spends his days blissfully in school often playing games with his local friends. However, appearances can be deceiving. One fateful day, Keiichi stumbles upon news of a murder that had occurred in Hinamizawa. From this point on, horrific events unfold in front of Keiichi, as he soon learns his close friends may not be all that they seem. Based on the amateur mystery game by 07th Expansion, the story is told in a series of different scenarios.

The Guild is an American comedy web series created and written by Felicia Day, who also stars as Cyd Sherman. It premiered on YouTube on July 27, 2007. Seasons two through five webisodes premiered on Microsoft's Xbox Live Marketplace, Zune Marketplace, and MSN Video. The webisodes were later made available on the official Guild website, YouTube, and iTunes. According to Day, Microsoft's business model changed after season five; Day wanted to keep ownership, so the episode premieres moved to Day's YouTube channel Geek & Sundry. The webisodes are also available via DVD and streaming on Hulu and Netflix. The show revolves around the lives of a gamers' online guild, The Knights of Good, who play countless hours of a fantasy MMORPG video game entitled The Game. The story focuses on Codex, the guild's Priestess, who attempts to lead a normal life after one of her guild-mates, Warlock Zaboo, shows up on her doorstep. Joss Whedon credits The Guild as one of the inspirations for Dr. Horrible's Sing-Along Blog, which also starred Felicia Day. The sixth season premiered on Geek & Sundry on October 2, 2012. In a phone interview after the end of the sixth season, Felicia Day confirmed that The Guild webseries is complete.

In the year 2093, a team of scientists aboard the Nightflyer, the most advanced ship ever built, embarks on a journey to find other life forms. Their mission takes them to the edge of the solar system, and to the edge of insanity, as they realize true horror isn't waiting for them in outer space—it's already on their ship.

Members of a secret society chase immortality by seeking refuge in the bodies of others.

A haunting exploration of the mind of Sam, a teenager who's on the verge of acting out hidden psychopathic desires.

Bloody Monday is a Japanese manga series written by Ryumon Ryo and illustrated by Megumi Koji. The series had been serialized in Weekly Shōnen Magazine by Kodansha from April 2007 to May 2009, with individual chapters collected into eleven tankōbon volume as of May 15, 2009, and a total of 96 chapters altogether. The manga has also been adapted into a drama series, which aired on October 11, 2008, starring Haruma Miura. The second season of the manga began in Weekly Shōnen Magazine number 46 released on October 14, 2009, and the second season of the drama adaption began airing on January 23, 2010. Kodansha's USA division will release the first volume in June 2011.

A teacher and a surgeon are rocked by scandalous accusations after they enjoy a seemingly innocent date.

A psychological thriller about Mie, a young woman with amnesia who is locked up in a secure psychiatric hospital. Mie is visited by Detective Inspector Wolkers who claims she was the last person seen with the vanished Thomas Spectre. As a witness and prime suspect, she appears to be the sole key to this mysterious disappearance. In order to solve the puzzle and find Thomas, Mie has to reconstruct her lost memories and find her way back through the dark labyrinth of her recent past.