Did intelligent beings from outer space visit Earth thousands of years ago? From the age of the dinosaurs to ancient Egypt, from early cave drawings to continued mass sightings in the US, each episode gives historic depth to the questions, speculations, provocative controversies, first-hand accounts and grounded theories surrounding this age old debate.
Trailer 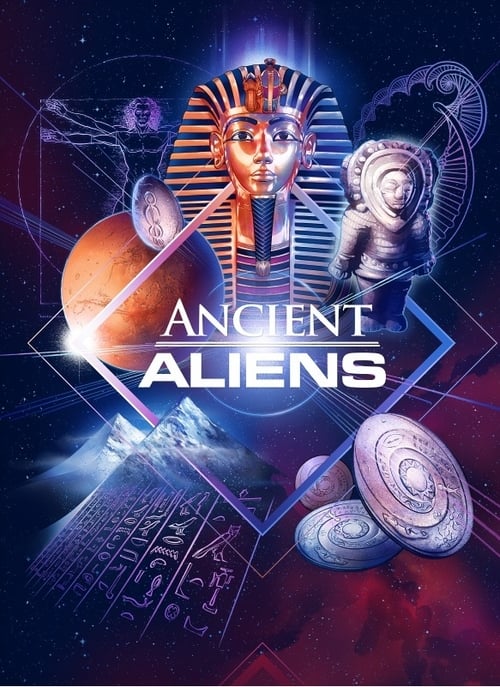 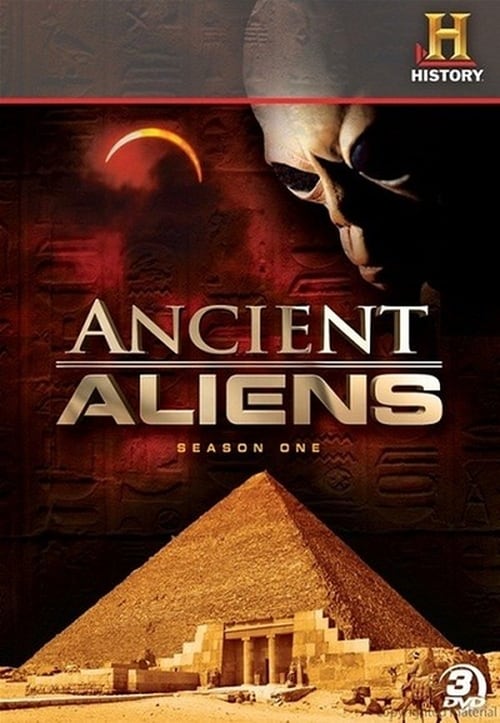 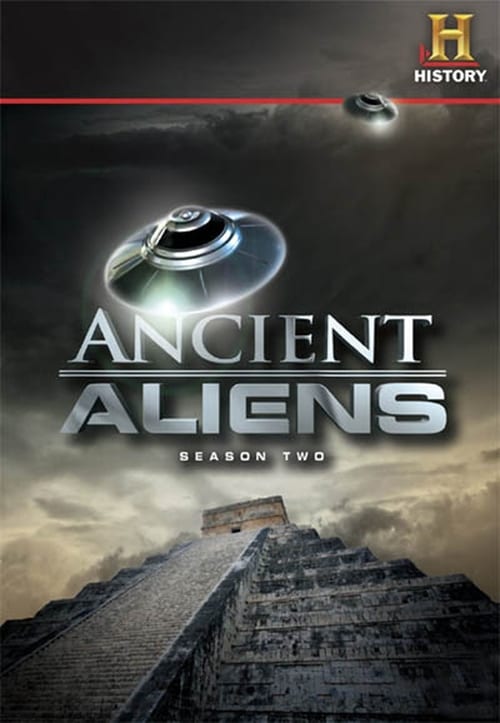 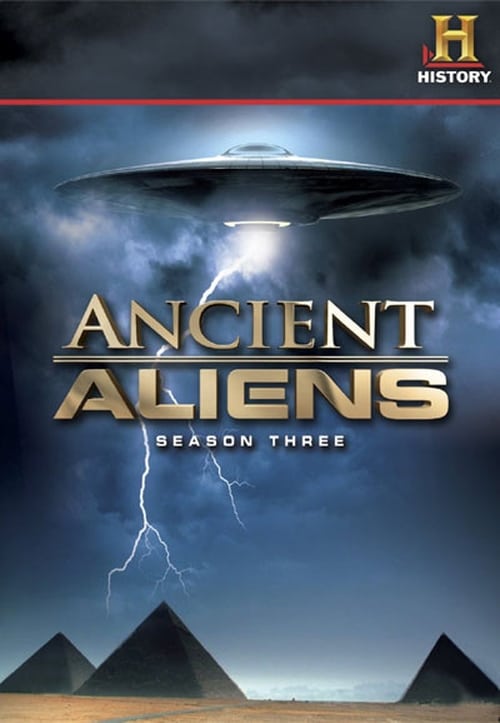 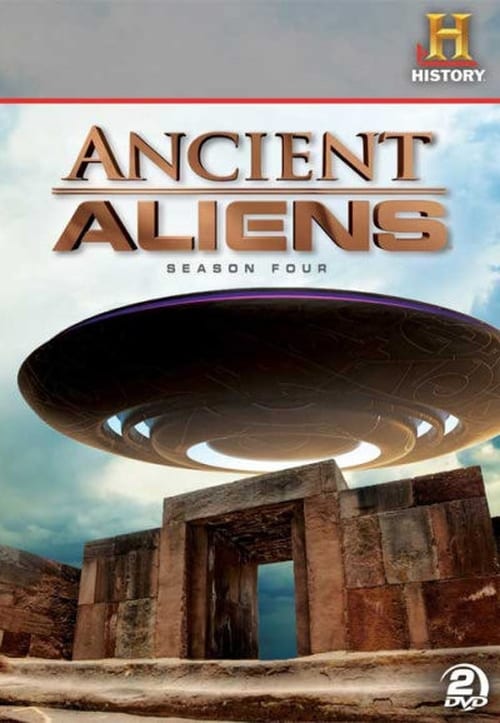 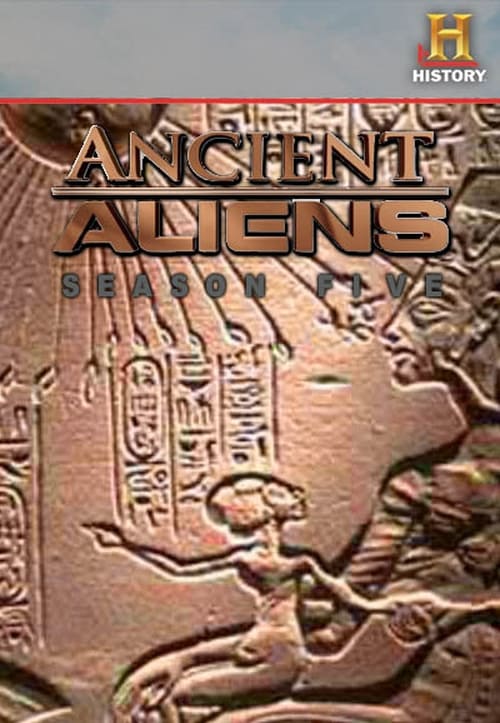 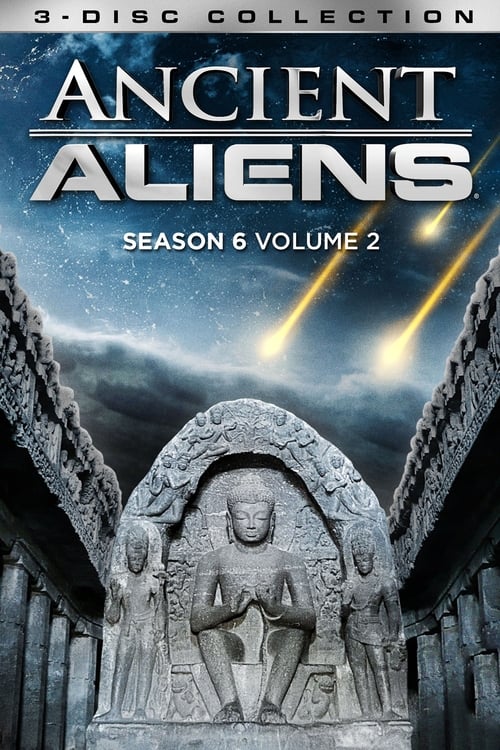 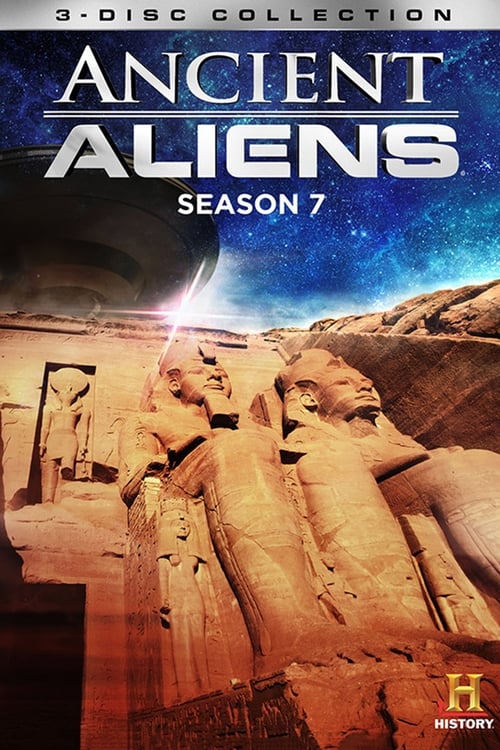 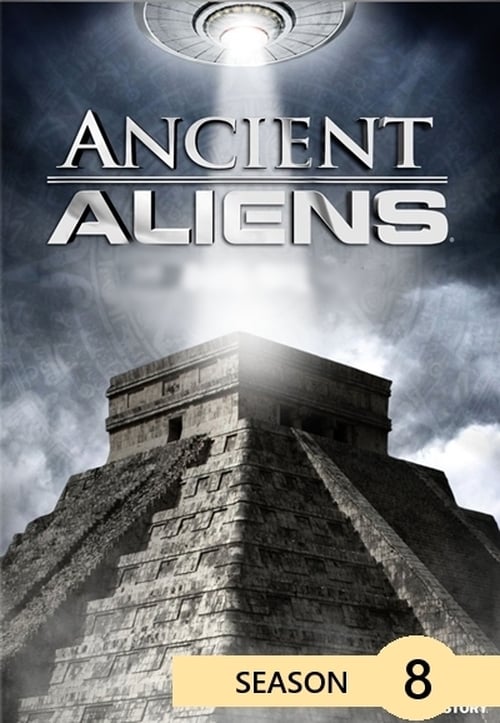 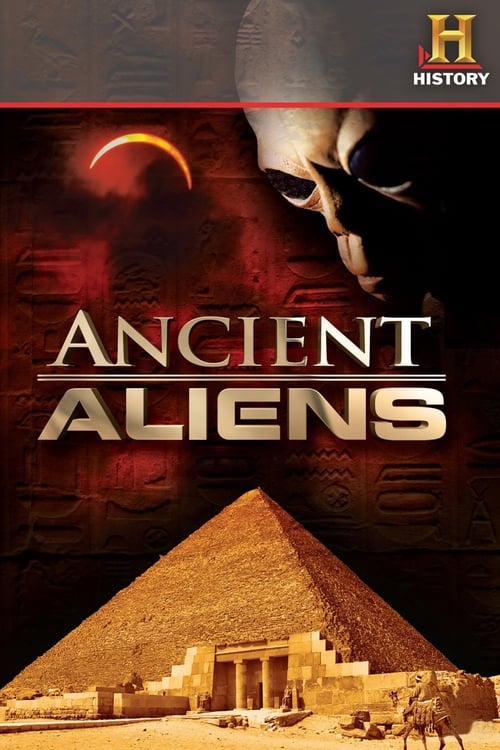 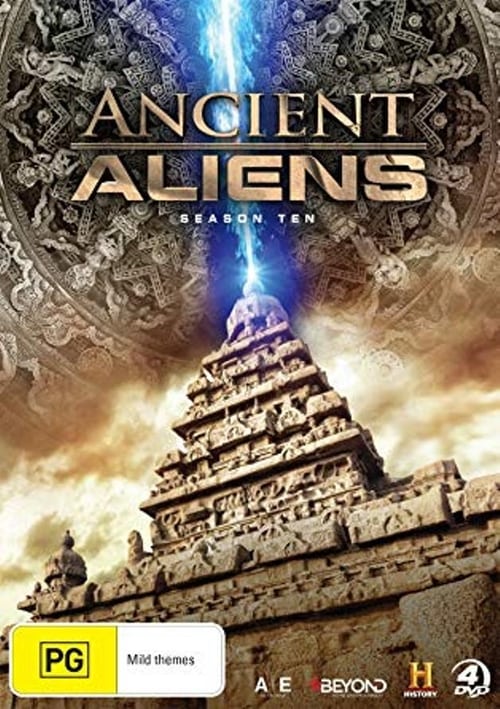 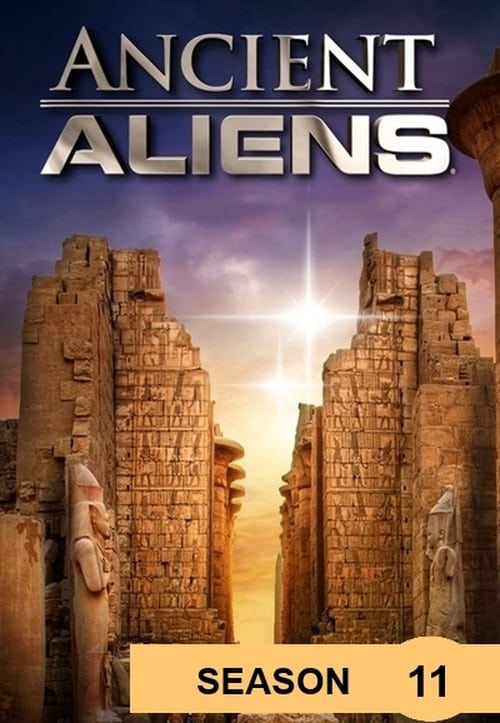 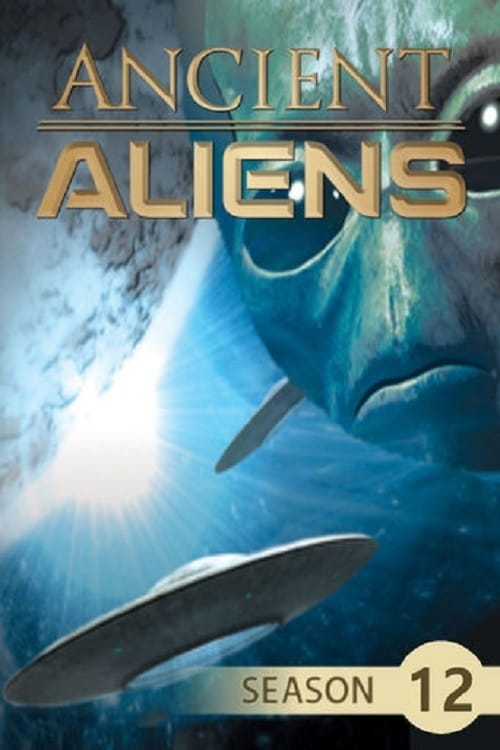 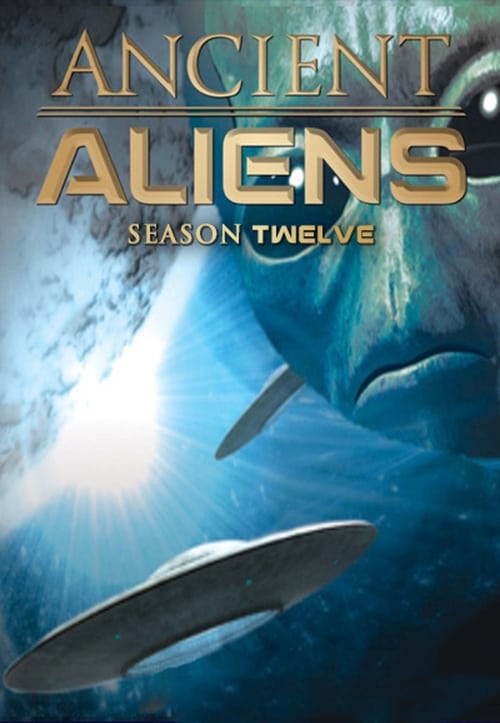 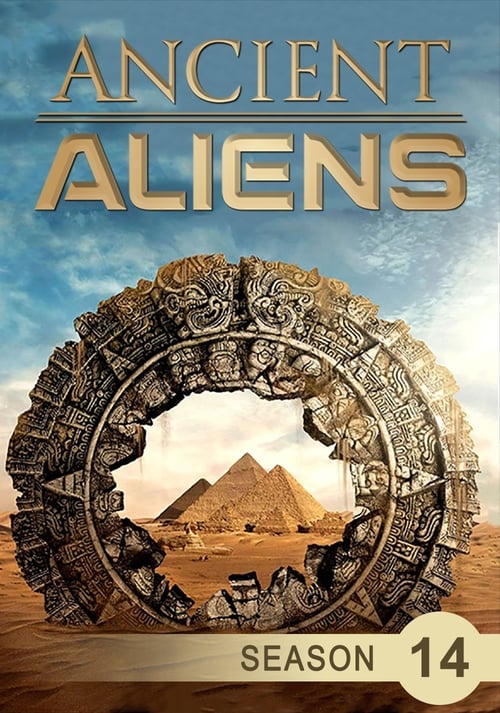 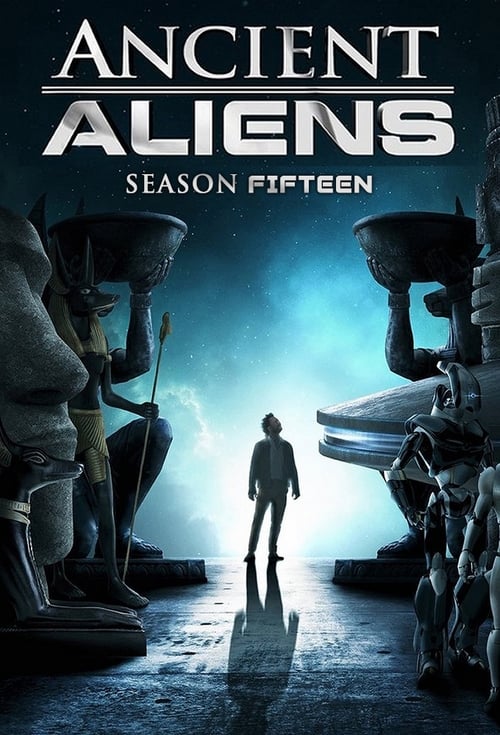 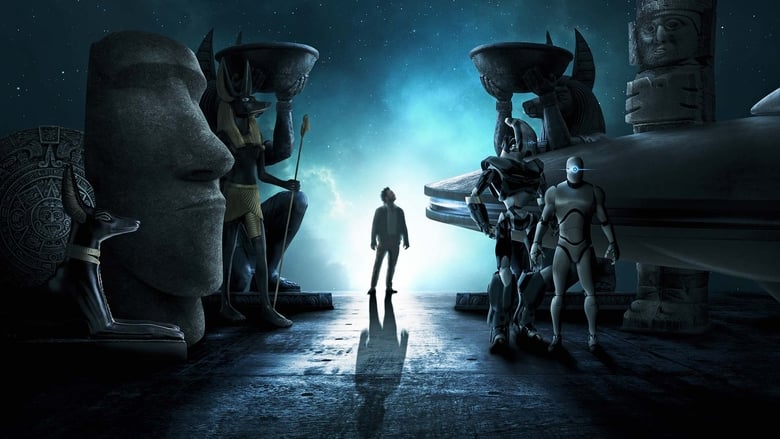 Paranormal investigator Zak Bagans and his crew, Nick Groff and Aaron Goodwin, search for haunted locations both domestically and internationally. During their investigations, Zak and crew acquaint themselves with the general area; interview locals about the hauntings; and go face-to-face with the evil spirits who reportedly haunt these locations.

TV's most-watched history series, brings to life the compelling stories from our past that inform our understanding of the world today.

Real people sit down with friends and family to share terrifying true stories from their past, re-created through chilling re-enactments.

The exploits of FBI Special Agents Fox Mulder and Dana Scully who investigate X-Files: marginalized, unsolved cases involving paranormal phenomena. Mulder believes in the existence of aliens and the paranormal while Scully, a skeptic, is assigned to make scientific analyses of Mulder's discoveries that debunk Mulder's work and thus return him to mainstream cases.

The body of Laura Palmer is washed up on a beach near the small Washington state town of Twin Peaks. FBI Special Agent Dale Cooper is called in to investigate her strange demise only to uncover a web of mystery that ultimately leads him deep into the heart of the surrounding woodland and his very own soul.

An English teacher travels back in time to prevent the Kennedy assassination, but discovers he is attached to the life he has made in a bygone era.

A mysterious criminal steals a secret state-of-the-art time machine, intent on destroying America as we know it by changing the past. Our only hope is an unexpected team: a scientist, a soldier and a history professor, who must use the machine's prototype to travel back in time to critical events. While they must make every effort not to affect the past themselves, they must also stay one step ahead of this dangerous fugitive. But can this handpicked team uncover the mystery behind it all and end his destruction before it's too late?

The gripping, decades-spanning inside story of Her Majesty Queen Elizabeth II and the Prime Ministers who shaped Britain's post-war destiny. The Crown tells the inside story of two of the most famous addresses in the world – Buckingham Palace and 10 Downing Street – and the intrigues, love lives and machinations behind the great events that shaped the second half of the 20th century. Two houses, two courts, one Crown.

The story of the Medici family of Florence, their ascent from simple merchants to power brokers sparking an economic and cultural revolution. Along the way, they also accrue a long list of powerful enemies.

The story of Claire Randall, a married combat nurse from 1945 who is mysteriously swept back in time to 1743, where she is immediately thrown into an unknown world where her life is threatened. When she is forced to marry Jamie, a chivalrous and romantic young Scottish warrior, a passionate affair is ignited that tears Claire's heart between two vastly different men in two irreconcilable lives.

Brothel owner, Margaret Wells, struggles to raise her daughters in London during the 18th century.

Torchwood is a British science fiction television programme created by Russell T Davies. The series is a spin-off from the 2005 revival of the long-running science fiction programme Doctor Who. Torchwood follows the exploits of a small team of alien hunters, who make up the Cardiff branch of the fictional Torchwood Institute, which deals mainly with incidents involving extraterrestrials.

A chilling series in which survivors of a paranormal experience relive their harrowing encounter.

The Real Ghostbusters is an American animated television series spun-off from the Ghostbusters franchise. The series ran from 1986 to 1991, and was produced by Columbia Pictures Television, DiC Enterprises, and Coca-Cola Telecommunications. "The Real" was added to the title after a dispute with Filmation and its Ghost Busters properties. The series continues the adventures of paranormal investigators Dr. Peter Venkman, Dr. Egon Spengler, Dr. Ray Stantz, Winston Zeddemore, their secretary Janine Melnitz and their mascot ghost Slimer. There also were two ongoing Real Ghostbusters comics, one published monthly by Now Comics in USA and the other published weekly by Marvel Comics in the United Kingdom, and a popular toy line manufactured by Kenner.

HISTORY’s longest-running series moves to H2. Modern Marvels celebrates the ingenuity, invention and imagination found in the world around us. From commonplace items like ink and coffee to architectural masterpieces and engineering disasters, the hit series goes beyond the basics to provide insight and history into things we wonder about and that impact our lives. This series tells fascinating stories of the doers, the dreamers and sometime-schemers that create everyday items, technological breakthroughs and manmade wonders. The hit series goes deep to explore the leading edge of human inspiration and ambition.

Through four series and a few specials, Edmund Blackadder and his greasy sidekick Baldrick conjure up cunning plans as Edmund tries to take advantage of desperate times. These situation tragedies had obvious parallels from the Dark Ages to Elizabethan times, the rule of mad George III, and The Great War.

Most Haunted is a British paranormal mystery documentary reality television series. The series was first shown on 25 May, 2002 and ended on 21 July, 2010. Led by Yvette Fielding, the programme investigated purported paranormal activity in many locations in the United Kingdom, Republic of Ireland and other countries. It was produced by Antix Productions and broadcast on the satellite and cable channels Living TV, Livingit, and Channel One. In the United States it was broadcast on the Travel Channel.

A skeptic is forced to work with a firm believer of the paranormal on unexplained occurrences in Los Angeles.

Historical reenactments from A-list talent as told by inebriated storytellers. A unique take on the familiar and less familiar people and events from America’s great past as great moments in history are retold with unforgettable results.